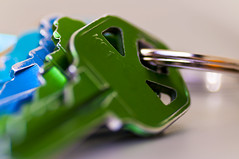 · Go to your main electrical panel to see if there’s a blown fuse or tripped breaker. If that’s the problem replace the fuse or reset the breaker.

· Look at the furnace power switch. It should be on.

· Check condenser’s power switch (outside). It should be on.

If either switch is turned off, that may be the problem. If not, your goal is now to find the source of the problem. Start by turning off the unit’s power.

· Use a screwdriver to remove its cover

· Find the Y terminal. Unscrew the wire from it.

· Turn the power on

· Carefully, hold the insulation side of the wire. Let the bare portion of the wire’s end touch the R terminal. Hold the wire there for about three minutes.

If the compressor doesn’t come on after the three minutes, turn the unit off and schedule a call. I’ll have to fix the unit. If the compressor comes on, there’s a problem with the thermostat. It could be faulty. Let me know if this is the problem because you’ll have to replace it.

When Your Air Conditioner Sounds Louder than The Lubbock Music Festival OK, I’m exaggerating just a little bit with that subtitle. However, noise is one of the common air conditioning problems. Repairing this type problem depends on the noise the unit makes. For example, if you have an older air conditioning unit, you may notice squealing sounds because it has a belt-drive air handler. Newer units have a direct-driver motor. So when it makes noise you hear a grinding noise.

If you have a belt-drive air handler, the belt is probably worn or not aligned correctly. You should follow your owner’s manual’s instruction on how to replace a worn or improperly aligned belt. However, the following are some basic tips to realign the belt:

· Loosen about two bolts keeping the motor at the proper tension

If the belt is worn complete the above, then:

When you reinstall the belt, be careful. You don’t want to over-tighten the belt. If you do this it can wear out the unit’s motor bearings.

If you have a direct-driver blower making grinding noise, turn off the unit then call me. Unfortunately, it may be too late for the motor’s bearings. I probably have to replace them.